ADOM Lite... Anyone heard of/played it?

TLG d20, Necromancer Games and general. Discuss any game not covered in another forum.
Post Reply
3 posts • Page 1 of 1

ADOM Lite... Anyone heard of/played it?

ADOM Lite is a pen and paper rpg based on a "roguelike" computer game (ADOM) from 1994. The game has a bit of a cult following. In 2012, there was an indiegogo campaign to fund continued development of the game. It was successful. One of the backer perks was a tabletop RPG based on the game. Only about 500 were printed, and the author swore that there would never be a reprint or PDF version. Rarer still was the ADOM Arcana supplement, of which only 40 were made. Anybody seen this? Played it? 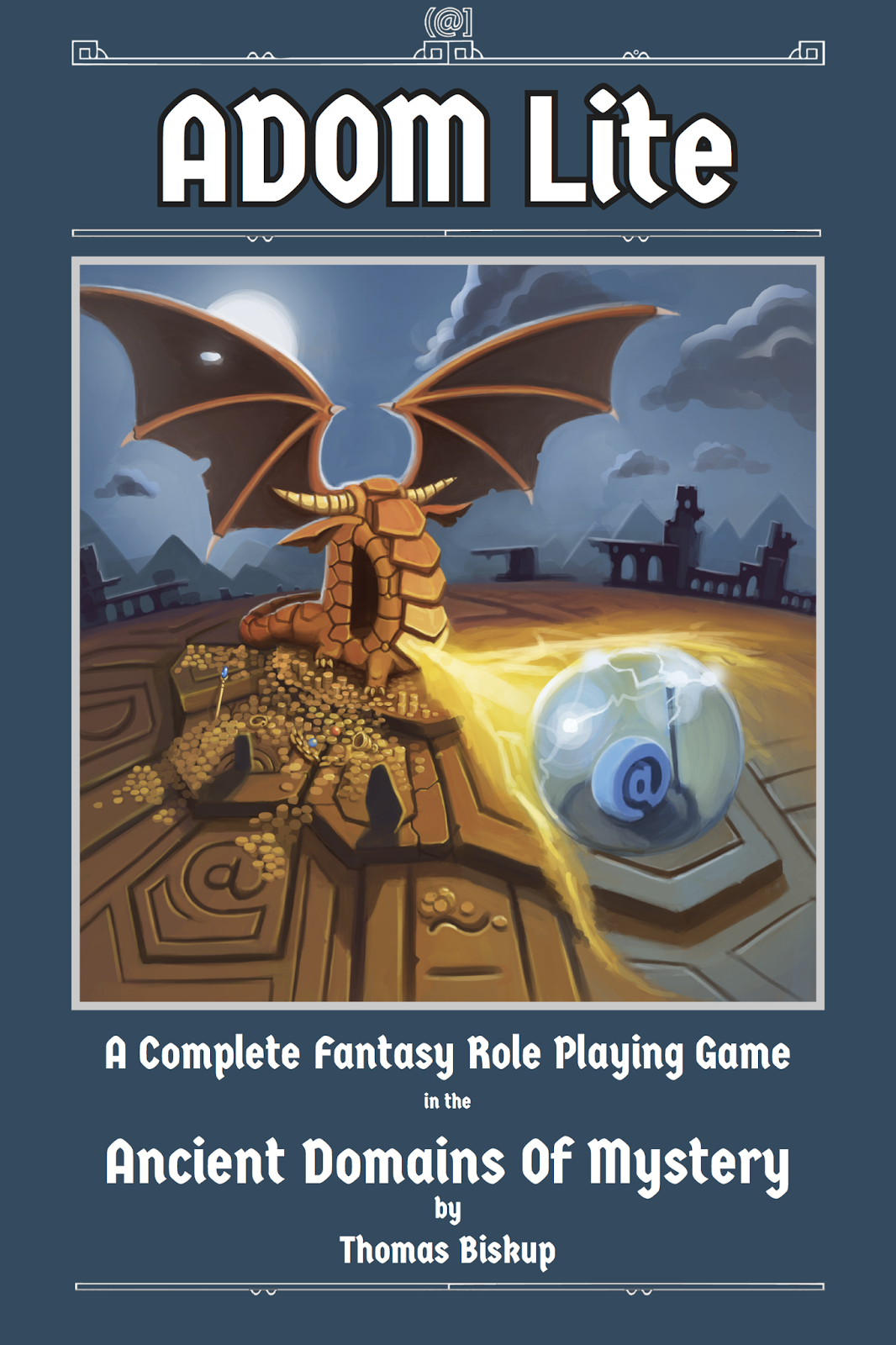 Re: ADOM Lite... Anyone heard of/played it?

Didn't know of its existence until now.
Since its 20,000 I suggest "Captain Nemo" as his title. Beyond the obvious connection, he is one who sails on his own terms and ignores those he doesn't agree with...confident in his journey and goals.
Sounds obvious to me! -Gm Michael

Re: ADOM Lite... Anyone heard of/played it?

I have played the computer game, though my guilt in not ever ascending in Nethack makes me always return to that over other roguelikes (real roguelikes, not whatever Steam is calling a roguelike this week that is nothing like "rogue").

The last adventure from my campaign was sort of a nod to these games.

If I ever did adapt a roguelike to the table, besides Nethack (itself influenced by AD&D), it'd be Omega, though it was so hard to play I wouldn't know enough about it to adapt it due to dying. Still, to this day my fantasy cities sell lizard-on-a-stick. Apparently Omega influenced ADOM, so maybe I should revisit it.
My C&C stuff: www.rpggrognard.com
Top
Post Reply
3 posts • Page 1 of 1

Return to “Other Games”