TLG d20, Necromancer Games and general. Discuss any game not covered in another forum.
Post Reply
2 posts • Page 1 of 1

Here is the link: http://www.manticgames.com/games/deadzone.html

Mantic as been doing some interesting things of late. As one who has never really followed any of their games, I'm seeing a lot of former Games Workshop employees doing good things. More interesting is they are giving the Mantic brand a similar flavor that GW has - not Grimdark, but using the similar type races (Orks, Skaven) with different names. While no Chaos, they do have Plague ravaged creatures/races which give a similar feel. Warpath is name of Mantic's Sci-Fi equivalent of Warhammer 40,000. They've expanded the universe a bit using Dreadball, is a Sci-Fi version of Blood Bowl. They did a second game with kind of no-holds bar underground, no referee, games called Dreadball Xtreme. The game mentioned in the title of the thread - Deadzone - is kind of Mantic's version of Necromunda. A skirmish game with enduring injuries/leveling/equipping, etc.

They just kickstarted a new version of it and are working on the rules for it called Deadzone: Infestation. The original box set came with humans and plague. This next one will contain humans and skaven-like creatures. I think in the rules re-do they'll replace the card mechanic with a dice-type mechanic. 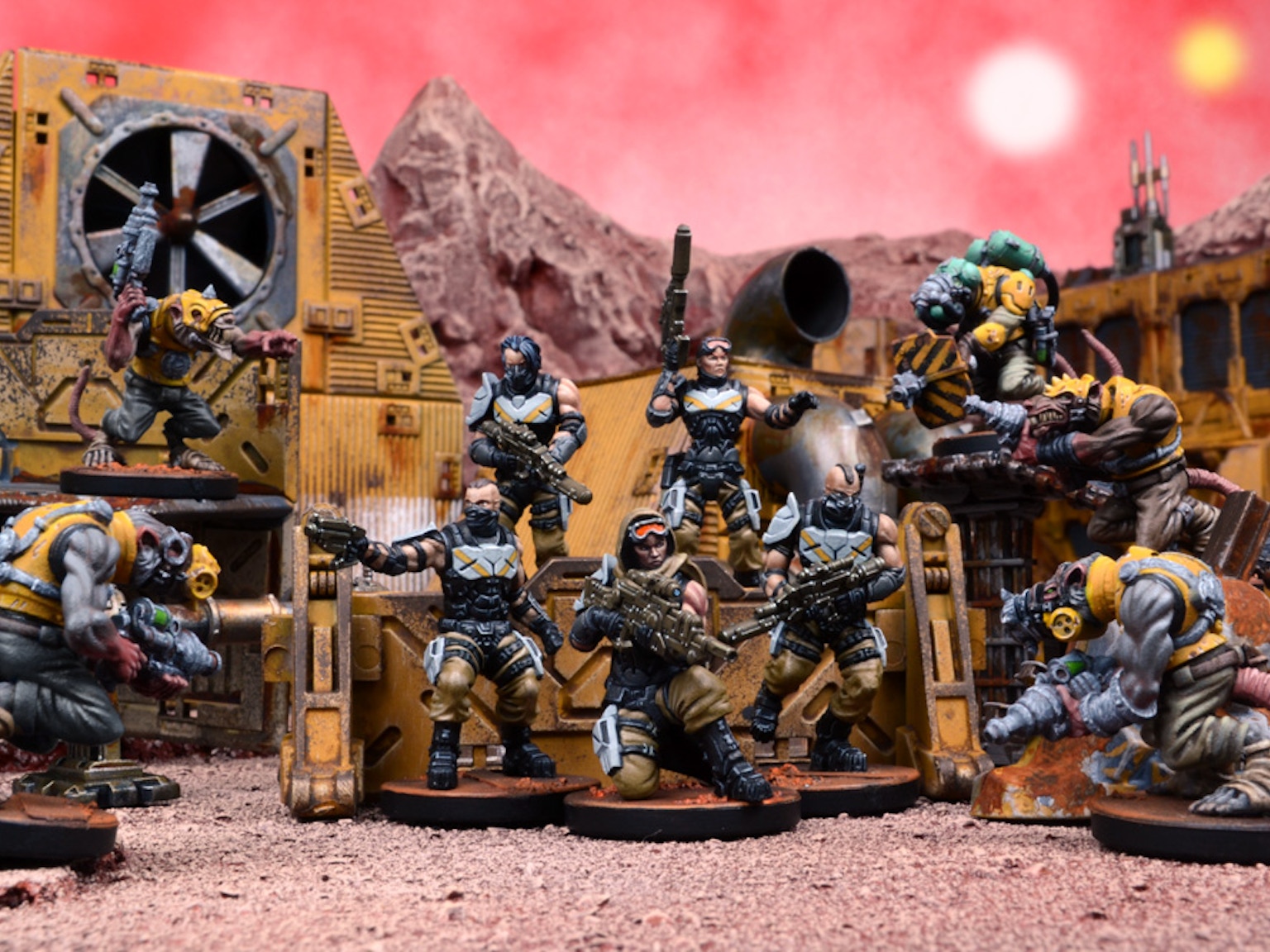 Anyway, I did pull the trigger on this one. Read a few things on it, and the gaming mat that comes with it, along with the terrain and miniatures are worth it. I had a $25 off loyalty card from my FLGS so it was worth it. Still have to open it, but anyone here give it a try yet? Thoughts?

(NOTE: Treebore - you want this game...you need this game...it is calling out to you!")
Top

Re: Deadzone by Mantic

*EXPLETIVE*
Since its 20,000 I suggest "Captain Nemo" as his title. Beyond the obvious connection, he is one who sails on his own terms and ignores those he doesn't agree with...confident in his journey and goals.
Sounds obvious to me! -Gm Michael

Return to “Other Games”